According to recent studies, students in the United States are underperforming compared to their peers in other advanced nations, including China, Finland, and Korea.

To make matters worse, young American workers today are losing their edge in the increasingly globalized job market because many of them are falling behind in vital subjects like math and science.

Despite these shortcomings, there are many American schools that do very well. There are also many that stumble, learn from their mistakes, and turn things around.

Arizona schools are a case in point.

In 2011, the former CEO of Intel said that Arizona was “not particularly attractive” for business because of the state’s poor education system. In the same article, a business owner said that she had difficulties looking for Arizona high school graduates, who could properly compose sentences.

Six years later, five of the top 10 high schools in the US are in Arizona. Most of the other schools have also improved dramatically, despite some very controversial funding issues.

What can you learn from this?

If you are currently experiencing a crisis in your local education sector, it is not the end of the world for your school. The problems are real, but there are concrete solutions too.

As an education provider, you need to be able to roll with the punches. There are certain factors you can’t change, but you can always adapt. Every challenge provides the opportunity to improve.

In this article, we’ll take a closer look at the education crisis in Arizona and highlight the strategies and models schools have used to overcome obstacles.

“The culture of Arizona is to innovate, to create something new,” said Arizona lawmaker Lisa Graham Keegan, who sponsored the original charter school bill in the early nineties.

Arizona pioneered open enrollment, which allows parents to choose a school for their children, regardless of location. This helped pave the way for the creation of tuition-free charter schools, which are independently run schools that operate outside of the traditional public school system.

The popularity of charter schools helped shape the education climate in Arizona.


Now, before you weigh in on the charter school debate, please read on.

In 2015, charter schools account for more than 15 percent of total public school enrollment in Arizona.

That’s some change, isn’t it?

Charter schools operate with greater flexibility and autonomy. They offer alternatives to those who want a different learning experience. Every charter school is unique. Some focus on the arts, while others focus on community service projects.

At the Arizona Agribusiness & Equine Center Red Mountain, for example, observing horses is part of the student requirements. While the Arizona School for the Arts offers 2.5 hours of art education daily for every student.


The Price of Freedom

“I think that the very best part of the school choice movement is the ability for schools to provide specialized programs, the autonomy to do that, and the freedom for parents to select what is best for their children,” said Arizona School of the Arts leader Leah Fregulia Roberts.

In a sense, the charter model also works well because teachers and students have the freedom to explore new ways to learn and teach.

The freedom given to charter schools, however, comes with a price: higher accountability. If a charter school doesn’t meet the prescribed educational goals, it can be shut down.

The major challenge that charter schools face, however, is public criticism, especially from public schools. They’re regularly accused of taking resources and funding from public schools. Many of them have also experienced management and accountability issues, which added fuel to the fire.

On Facebook, there is even a page called “Save Arizona’s Public School System.” It is supposedly “fighting back against those trying to systematically destroy public education.”

Despite the growth, progress, and importance of charter schools, they don’t necessarily outperform their public school rivals. This has been a major criticism.

“Charter schools get overwhelmingly positive press and make a lot of claims about their success. But actually, numerous studies confirm that their achievement is indistinguishable from that of traditional public schools,” says an article on Public School Review.

As a result, charter schools and traditional public schools have become modern rivals, and students have become casualties.

This has certainly been a major factor in the ups and downs of Arizona’s education system.

What can you, as an educator, learn from this?


The challenge is to rise above the controversies and debates and focus on finding strategies that work for your school.

Your focus is to find ways to improve your education philosophy and techniques.


Hot Spots: School Strategies and Models to Learn From

Despite the issues in Arizona’s education system, which we’ve discussed, there are high-performing schools that consistently produce students who do great things in life.

“There are certainly pockets of excellence among the nation’s high schools and models well worth replicating,” according to an article in The Atlantic on this topic.

If you find these hot spots, borrow their best practices, and mix it up to fit into your school brand and culture. No education crisis can ever stop your school from shining.

Let’s take a look at some practical examples of the problems Arizona schools have faced.

And the solutions they found!

Problem: You need to stand out in an increasingly competitive environment.

There are private schools, public schools, charter schools, magnet schools, and many options within each option! It has become increasingly difficult to attract new students.

It is important to distance yourself from the competition by highlighting your school’s values, belief systems, and school brand.

Remember, it’s not always about test scores. Ask what makes your school unique, and use that to differentiate your school from others. Instead of focusing on grades, the University High School in Tolleson focuses on teaching the importance of overcoming adversity. Most of their students come from tough backgrounds, and it is important for teachers to help them understand that they can succeed by working hard. University High School ranks among Arizona’s 10 best public high schools.

Problem: Parents don’t know anything about your school.

Giving parents the option to choose a school doesn’t make sense if they don’t understand their options in the first place. Surprisingly, terms such as charter, magnet, Waldorf, and parochial still confuse some families. They’re also faced with an enormous amount of school options and a wide variety of offers and benefits.

The easiest way to reach out to your prospective families is to organize regular info sessions, where you talk about your school and learning philosophies. It’s a great way to let parents understand the direction of your school.

BASIS charter schools, considered among the top performing schools in the country, effectively use Facebook to invite parents to know about their schools. The invitation is simple and unintimidating, but it can spark the curiosity of interested parents. 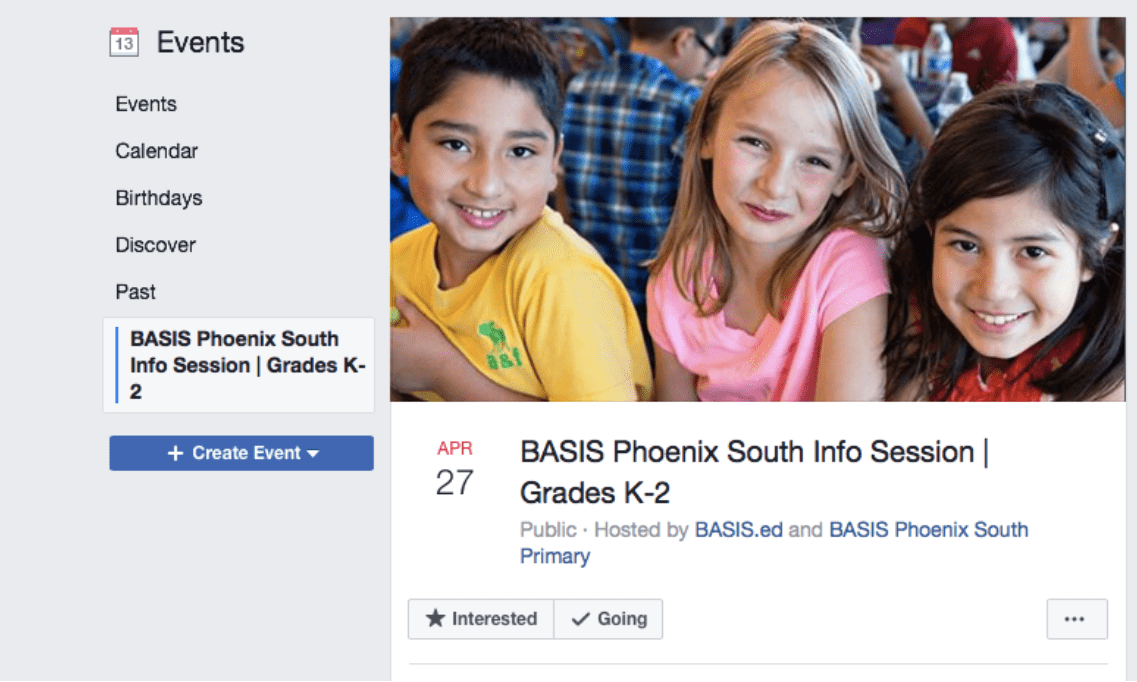 Problem: The mass exodus of teachers.

The teacher shortage in Arizona can be considered a crisis. Educators are leaving the profession at an alarming rate. As a quick-fix to the problem, the government recently voted to ease the requirements for becoming a teacher in Arizona. That’s bad news. It is impossible to have a good school without having good teachers. Being a teacher doesn’t just mean standing in front of the class, right? You need someone who is passionate enough to inspire your students to become better people. Are you having similar problems in your school too?

Raising teachers’ salaries and increasing their benefits are not always possible. Some schools in Arizona are using more innovative recruitment techniques to convince teachers to work in their schools. Arizona State University, for example, started a mentoring program where college seniors are given the opportunity to teach in the classroom for a year. The project has already made a huge difference in attracting potential teachers.

It is also important to give your teachers a reason to stay. Remind them that they are making a huge impact in the community by staying committed to such a difficult task. For example, Sonoran Science Academy-Broadway posted a simple update on Facebook after one of its teachers received an award from the Association of American Educators. A gesture as simple as this can help teachers feel that they are appreciated. When teachers feel appreciated, there will be a bigger chance that they won’t leave. 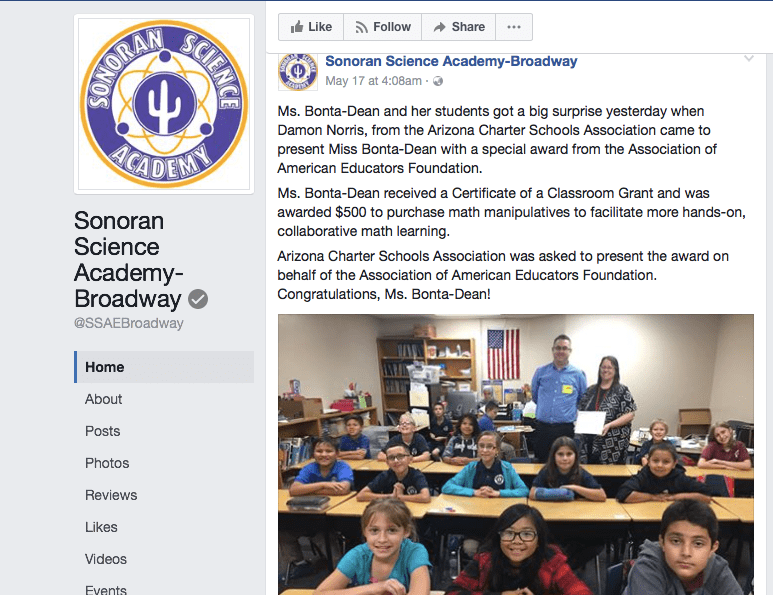 Problem: There is a lack of diversity in your school.

Does your school have a diverse community? What kind of students does your school attract? Charter schools, in particular, have been attacked for not having enough Hispanic students. The problem of ethnic diversity goes way back to 1995. According to a study by the Arizona State University, charter schools have “the potential to further stratify schools along ethnic and class lines.”

Students tend to do better if there is diversity in the classroom. It helps create a better learning environment. Any school should also reflect the diversity in your area, state, and country so that students go into the world with a balanced view. You can address inequality issues by making a conscious effort to establish a diverse student body. It’s a good way to make your school more interesting for others, too.

Mexicayotl Academy in Tucson does a great job of embracing diversity. On the school’s Facebook page, posts appear in English and in Spanish. It takes very little time and energy to do something like this, but it can have a huge impact. 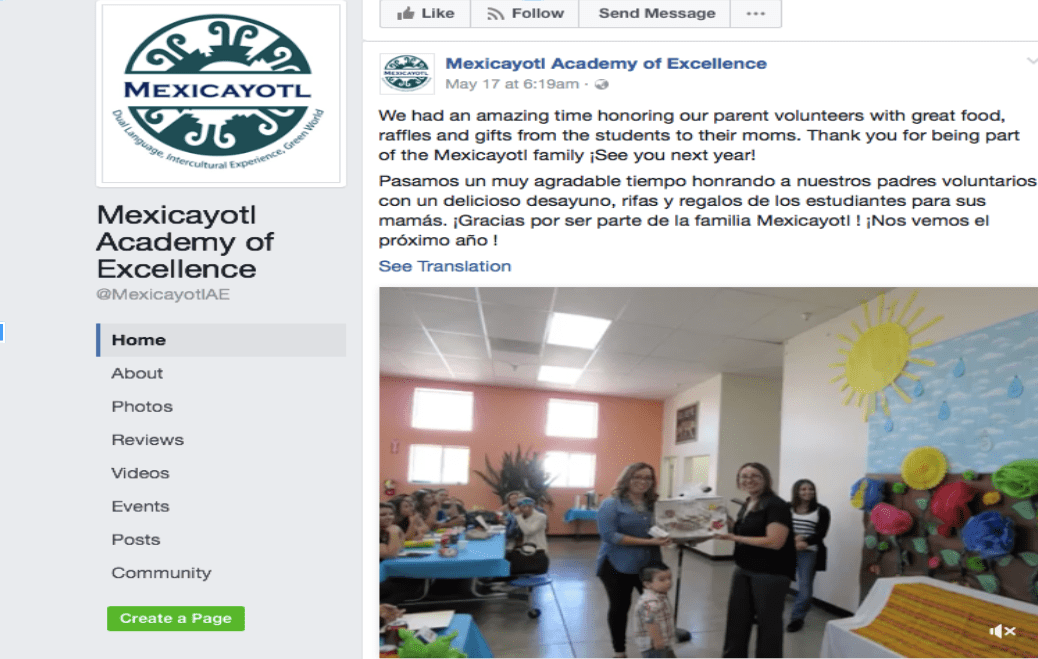 You are not alone. Many educational institutions are affected by the education crisis. Some of the models and old techniques are no longer working. Ultimately, some schools have to close down because of this. What if things no longer work? How do we fix the many problems in American schools? How do YOU start fixing your school?

Solution: Be flexible and open.

There are people who claim that the education crisis in the U.S. isn’t even real, but we can’t deny that things are changing. This crisis should be taken as an opportunity to question standards and raise the bar. Don’t let the problems dishearten you. Change is not necessarily a bad thing. In the long run, minor changes that you make in your school can not only help you survive any crisis but thrive and provide the best opportunity for your students.


The power is in your hands

As we’ve seen, despite facing difficulties and challenges, there are many opportunities.

There are numerous ways to continue being a high-performing school that produces successful students.

Can you relate to some of the problems we’ve highlighted here?

What are the other difficulties you’ve encountered in your school?

Gather your teachers, and discuss the things that you need to implement to improve your school.

I would love to hear your ideas!

The Enrollhand Team
RSS
https://www.enrollhand.com
More posts by The Enrollhand Team.
Events to do for the 4th of July
Independence Day. Our great nation’s birthday, and like all birthdays, a momentous occasion to celebrate. The fireworks have definitely become bigger and grander. Shows are being sponsored by businesses, accompanied by orchestras, and watched by millions! With so much attention going around, there are many opportunities for schools to
The Boarding School Experience: Worth Every Single Dollar
Socrates once said that “Education is the kindling of a flame, not the filling of a vessel”. With 55% of high schoolers feeling unprepared for college, it’s a relevant statement. Day school is far more popular than boarding school. Costs are a factor, as is familiarity. Most of us

Get the latest posts delivered right to your inbox.

Or subscribe via RSS with Feedly!
© 2022 The K-12 Enrollment Blog · All Right Reserved
Thanks for Subscribing