There’s really only one thing school marketing is about…

Really stop and think about what we ask parents to do:

The Pratfall Effect is the idea that if you admit a weakness or exhibit a flaw, you become more appealing to people.  Aronson's research in the 1960s showed that when a person makes a mistake, they appear more human, more like others and so more likable. People who are perfect can seem threatening, but people who are imperfect are safe and hence easier to trust.

They found that as a product review gets better, the likelihood of people purchasing it increases until it hits a tipping point. That point is somewhere between 4.2 and 4.4 out of 5. If the reviews get any better people are less likely to buy it because it seems too good to be true.

The best example of the Pratfall effect is the legendary commercial for Buckley's cough syrup which emphasizes how awful it tastes in the most inventive ways:

The brilliant insight at the campaign's heart: we assume anything that is foul must be potent.

This is a huge opportunity for schools.

Your competition will be going out and bragging about all their great achievements most of the time.

The key to connecting with parents online is to realize the different pressures they face and responding to them in a transparent and relatable way.

To become a trusted source of advice for parents in your community, focus on authenticity.

You have to become more realistic and honest, rather than portraying some mythical, perfect school, filled with flawless kids who live with perfect families.

Okay, let's say you're convinced!
How do you go out now and admit a few flaws and mistakes?

Don’t just pick a weakness randomly. You really need to put some thought into it. The best schools don’t admit a weakness around their core competencies.

For example, never undermine the quality of your curriculum, facilities, faculty etc.

Developing this flaw or mistake is a two-step process for the best school marketers. Not only do they find something to highlight that isn’t core but they also find a positive counterpart, or a "mirror positive".


So what's your school's favorite mistake?


You're not looking for cataclysmic failures. You’re looking for a small a mistake, screwup, bad judgment call, or missed opportunity that has helped you be a better school ... 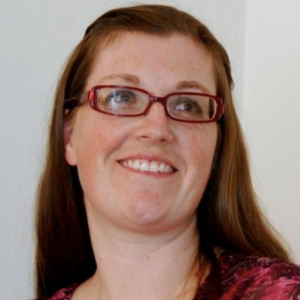 Jenny Jones
Educator, Education Writer
RSS
Denver, CO
More posts by Jenny Jones.
9 Facebook Post Ideas Every School Should Try Out
1. Behind-the-scenes sneak peek of your school Giving your prospective parents an idea about what happens behind the scenes piques their curiosity while also getting them to empathize and relate to your school. You may include short videos of the teachers' lounge, preparations for your recent theatre production, classroom activities
Interview: Selling The Invisible in school marketing
Schools are relational products. Learn to "Sell The Invisible".

Get the latest posts delivered right to your inbox.

Or subscribe via RSS with Feedly!
© 2022 The K-12 Enrollment Blog · All Right Reserved
Thanks for Subscribing